by admin
0 Comment
It has been a kind of easy going slow calving year and I am now finally over half way done calving with the little calf that I found this morning. Last night her momma had her head up and tail out looking awful spooked so I just let her be last night (figured that was best for me and her both). Then this morning when I got to the farm to chore this little baby was laying down by the fence at the far end of the pasture. She is a really nice little heifer calf I am guessing 70-75 lbs but will weigh her on my lunch break to find out for sure. If the rest of the calves come out looking like she does I might just be onto something! 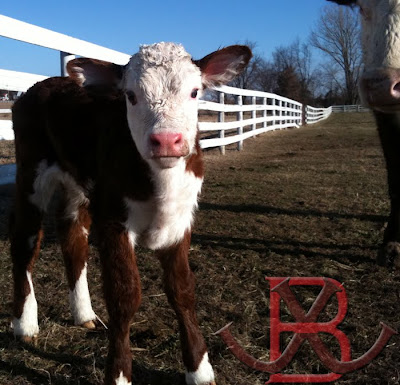 This afternoon when I went out to the farm to hay the cows and weigh the newborn heifer calf I pulled around the corner with the tactor and found another new addition to the JJB herd. This one was a bull calf out of my herd bull. He was already up and had sucked and had gotten some VitaFerm as well! I also came up with the names for both, the bull calf is Flint and the heifer calf is The Show Goes On. Hopefully the rest of the calving season will go as well as today has! 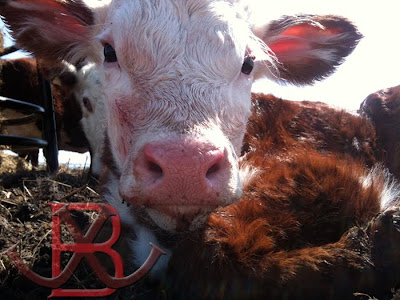 Notice his momma giving me the eye from just behind him.
Social Share