Recap of a GREAT picture day

by admin
0 Comment
This weekend the girlfriend came up to Independence so that we could picture the Iowa Beef Expo Herford Select Sale entries for JJB Cattle Co. and also get a picture of Grind for Cherry Farms. The snow was still flying when we woke up on Saturday morning and that turned out to be a good thing as the battery was dead on my truck… not the best start to the day but not terrible either. Once we finally made our way to the farm the snow was close to completion for the day. We went and got Grind and Serena in as they needed rinsed and blown out before they could have their picture made. Then headed back out and got some picture of Supernova… Since he is almost a year and a half old now he didn’t need prettied up too much. First we shot the video (which I will post of all three later in the week) and then got this picture. 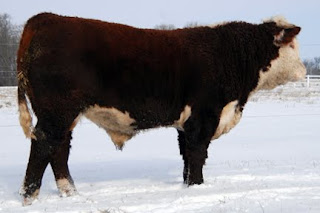 Supernova ready to go to work!
Once we finished up with Nova we moved back into the barn and got Grind and Serena rinsed up, blown out and clipped a bit before heading on out. After we went out we started off with Grind and boy was he ready to run. So after walking up and down the run a couple dozen times boss lady said she had enough footage and asked if I could go up and grab the camera… so back up I walked. We then got him pictured and I boy oh boy does he look GOOD! 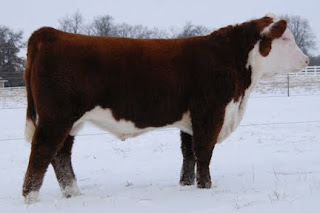 Get Ready It’s a New Day

And last but not least in the picture pen was Serena… I think the little girl did great but I think Crystal might disagree (she says I have her spoiled I don’t believe this to be necessarily true). Just as we started to video Serena the sun decided to join us! And once again we ended up with a great picture of my mid-May heifer out of the JJB foundation cow. 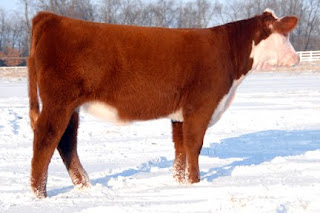 Keeps on getting better… Ready for the back of the Expo Sale Catalog!